I will choose my free gift at the checkout

Clamping various parts of the body during bondage play can bring together the pleasure and pain barriers, creating a unique climax experience. Our range of nipple clamps and bondage devices cover all parts of the body from nipples to balls and cater to beginners to the experienced. Check out our epic bondage blog.

Aphrodisia Nipple Vibrators Practising Bondage can be a great way to role play your wildest fan..

Fantasy For Her Vibrating Breast Suck-Hers

Fantasy For Her Vibrating Breast Suck-HersHer breasts were aching for attention. She caressed her ni..

Fantasy For Her Vibrating Nipple Suck-Hers

Fetish Fantasy Series Nipple Chain ClampsBe a little daring, don these nipple clips and get all the ..

If you love to have your nipples nibbled or pinched in foreplay or during sex, then a set of nipple clamps may be your new best friend.

Whilst the name is pretty self-explanatory, the models and types are endless.

How Do Nipple Clamps Work?

As the name suggests, the clamps pinch and apply pressure to the nipple area, similar to a peg. They are a type of bondage sex toy used to stimulate the thousands of nerves in the nipples of both men and women. The clamps restrict the blood flow and allow endorphins to be released when the clamp is removed. The clamp can be reattached and released as many times as desired throughout a session.

By stimulating the erogenous zone around your nipples, you can heighten the intensity of an orgasm. Try removing the clamp right as you’re about to, or as you are, orgasming.

As blood is being restricted to a body part, it is important not to have the clamp on for more than 15 minutes. Remove the clamp if you feel any pain or discomfort.

If you are just new to clamps and nipple stimulation then invest in a pair with adjustable clamps enabling you to set the desired strength and then begin playing either with yourself or your partner.

Some alligator styled clamps have a screw to allow you to adjust them, or you can try a tweezer-style clamp to have control over the intensity of the pinch. Lasso style nipple toys are also adjustable and are suitable if you after a non-metal alternative.

When you take the clamps off, take them off slowly, don't pull them off. All of the blood will rush back into the nipples and it can be intense. 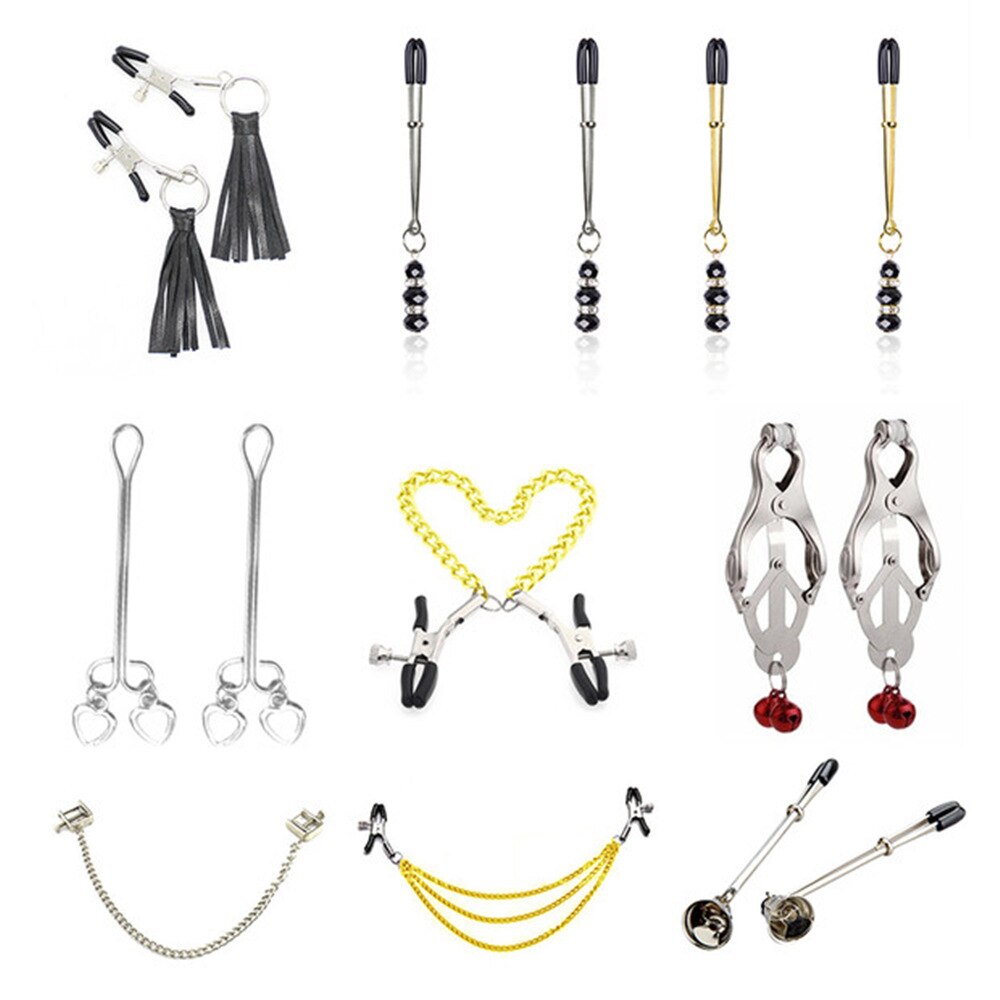 How To Put On a Nipple Clamp:

Check out this video showing how to put on nipple clamps:

For those who are familiar with nipple play and want to take it to the next level, vibrating nipple clamps can be just what you are looking for. Adding some vibrations to a pinch can stimulate the nipple area, increasing the blood flow, and introducing a tickle sensation that can be mind-blowing during an orgasm.

Perhaps you have tried attaching your nipple clamp to another area for sexual stimulation. Clamping the clitoris for women, or the scrotum for men can be equally arousing. Some nipple clamps come with a chain attached to a third clamp. This way you can clamp both nipples and clit or scrotum for intense pleasure, or domination.

Clamps with chains are also popular. Tugging on the chain during foreplay or sex can increase the pressure on the nipples and intensify the stimulation. If you are playing solo, try holding the chain in your mouth and moving your head to lightly tug on the clamps for some hands-free nipple stimulation.

Nipple suction twists give a similar sensation, although technically they do not clamp the nipples. Place them over the nipple with some lube and twist the end. A vacuum is created, forcing blood into the nipple. The nipple will engorge and become very sensitive.

Nipple clamps don’t have to be worn only in the bedroom. If it feels good, try wearing them around the house. It could turn on you and your partner. You could try wearing them under your clothes to make a dull activity a lot more exciting. Remember not to wear them for too long.

Try some nipple clamps with crystals and gems to add some bling to your nips. Some models of nipple clamps have chains with jewels added. Or how about some bells dangling from your nipples clamps? 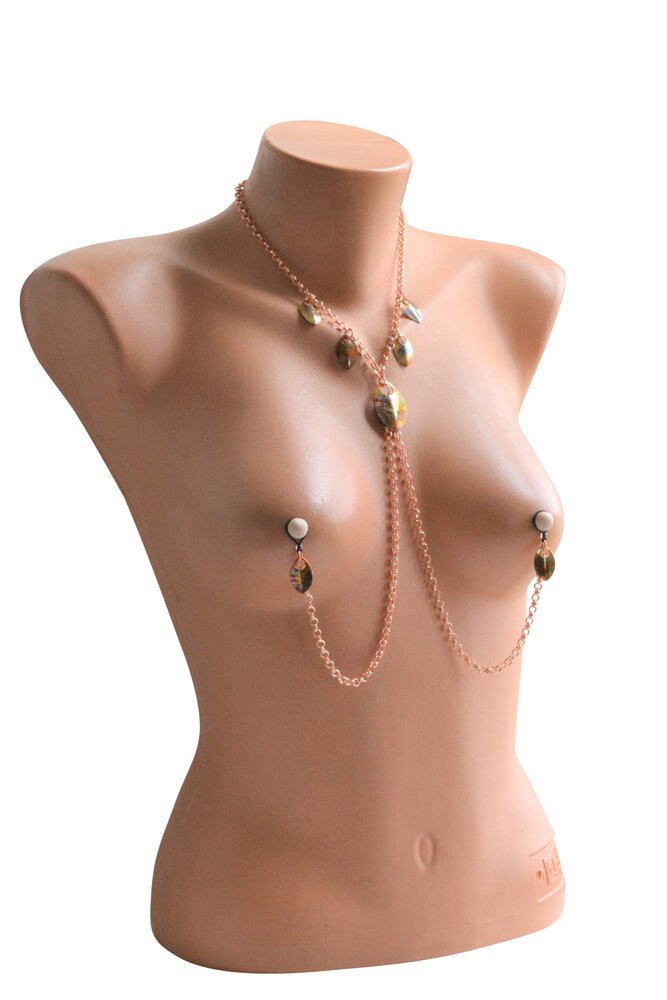 And above all, enjoy your nipples! Clamp them, squeeze them, play with them, and bling them! Your partner will also love watching and joining in the action. Intensify your orgasm, with nipple clamps.